Creating Outlets for Humanity: A Vision for Education

Home/Blog/Creating Outlets for Humanity: A Vision for Education
Previous Next

Creating Outlets for Humanity: A Vision for Education

I took this photo of reclaimed land on a trip to Singapore and it made me realize how fast we are headed into the future. 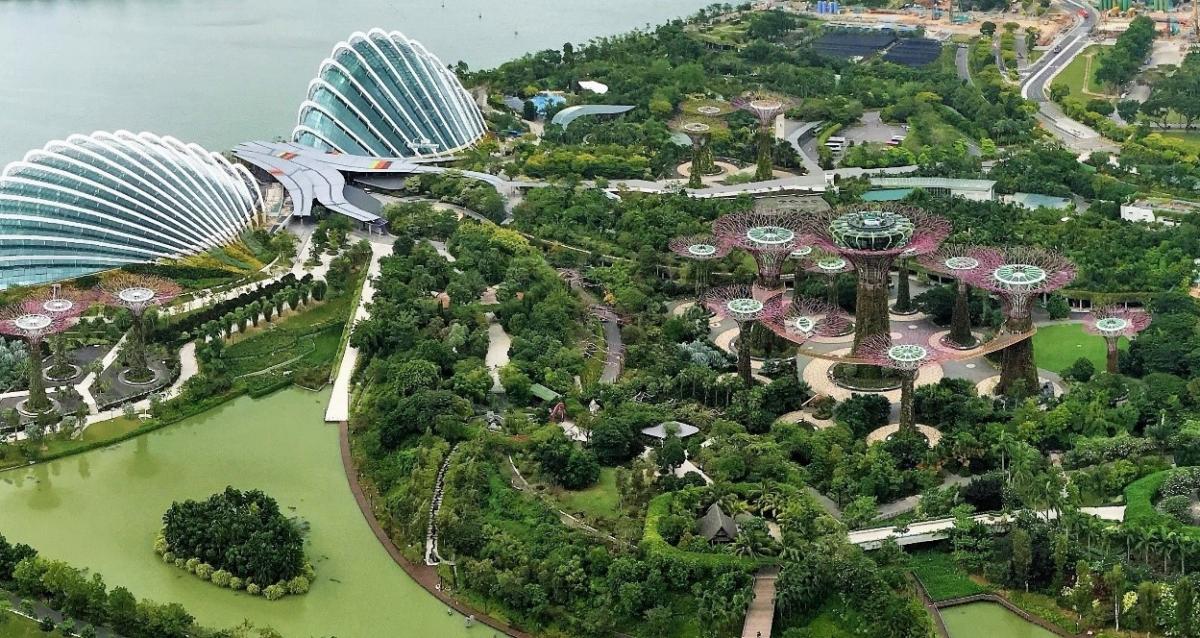 ourney into this future is like a runaway train, without anyone in the control room. Some outcomes of this journey, such as the creativity shown in this picture are incredibly beautiful and positive, while other outcomes, such as the interplay between politics and media are quite destructive to society.

I don’t know if we will ever be able to take control of this train, and I don’t even think this should be the goal. After all, the nature of creativity and beauty in life depends on the freedom to go in all kinds of directions. A single controller or controlling system will inherently be problematic.

So how do we address the fact that this runaway train will lead both to extraordinary societal developments as well as overwhelming threats to human culture? The approach that makes most sense to me is to create deeper and deeper outlets for humanity in our societal systems – in business, politics, media, health care and education. It means stretching our imagination, as human beings have always done, and go beyond nice sounding fuzzy ideas about love or spirituality, and creating concrete outlets that will bring out the best in us.

This blog explores the importance of creating these outlets in education…

“No one knows who we are,” one of the students said. We were huddled up in the living room of our one-bedroom apartment with 10 high school students from a public high school in the South Bronx. They were in the middle of a summer internship with us, taking a break from working on the QUESTion Curriculum, which engages high school students with the big questions in life. This student’s words landed with the weight of someone who voices an unspoken truth. Then another continued, “Nobody knows what’s going on in our lives, or what’s going on at home.” These comments rang true with the entire group; there was a quiet power in these words being spoken…just as there was in them being heard.

We went back to the work at hand. As the first high school students to take the QUESTion Class, their task as interns was to identify the lesson plans that did not resonate with them and come up with a different approach. Their next objective was to come up with a better introduction to the theme of “Interconnectedness”, one of the five “Pillars” of the QUESTion Course. They came through with flying colors, and created an opening lesson plan that made room for students to look at the sense of isolation and disconnection that many of them feel.

Before this summer internship, I had been going to their school in the Bronx daily to co-facilitate one of three QUESTion Classes. Something eye-opening happened with one of the students in our class as the course unfolded. Every day, this student would come in with a chip on her shoulder. On the surface she seemed like an angry person, but her honesty in relationship to the questions we explored in class revealed a much greater sensitivity. One day as our paths crossed in the hallway, I had an impulse to reach out to her. Not knowing what to say, I jumped in anyway and asked her what she did over the weekend. And as we quickly parted, I expressed my appreciation for her courage to share what she really thought in class. She casually thanked me, we moved on, and I didn’t think much of it.

The next morning, as she came into class, she was happy, with a big smile on her face. That angry facade never appeared again. A few weeks later, even as she came up to me after class one day to tell me that she found the class boring, even then she maintained a joyful demeanor. All that I had done was simply to acknowledge her strength in engaging with the life questions the class explored.

In my class I also witnessed an interesting phenomenon with the “cool” students. I noticed that at first when they participated they were often trying to be funny in front of each other, or avoid contributing. After some time, I saw them realize that they actually have interesting and deep things to contribute. They slowly started to lose interest in being funny or worrying how they appeared to their cool friends, and instead found satisfaction in being able to share what they really thought.

These, and many other examples, confirm the incredible power of creating outlets where students can openly explore different facets of themselves that are often locked inside. These outlets have the potential not just to bring joy and happiness to students, but also to resolve behavioral issues or insecurities in unexpected ways, as these are often a bi-product of students who are not being themselves.

When you really think about it, isn’t that the purpose of education? Isn’t it not only about “preparing students for the 21st century work force,” but also giving them outlets for their humanity? Without these outlets, students can feel disconnected from who they are and what they want and can develop unwholesome attitudes and behaviors.

I used to think that the teenage sense of isolation was a natural stage of growing up. Hearing from students, it started to occur to me that if so much of what is in the hearts and minds of students is locked up inside, perhaps this would explain this isolation and the rampant statistics on depression in teenagers and young adults. It would consequently also explain many behavioral issues. For instance if students don’t have the opportunity to address directly a fundamental confusion or insecurity about what they are going to do with their lives, that insecurity could lead to anger or escapism.

Before teaching high school classes, we created a pilot with University students at Florida State University in order to test our content and approach and also engage students in shaping in co-creating it. At the end of a 14 week period of exploring questions, I interviewed every students. I was fascinated to hear a few of them tell me they naturally stopped hanging out with toxic friends as a byproduct of engaging with the topics we covered. Many reported that they felt much more connected, and when asked why, it was not that they had made new and deeper friendships, but that they could see that other students were dealing with the same inner questions about life as they were.

The broadest way I think of the role of education is to create outlets for students’ humanity. This is not to say that preparing students for college, preparing them for careers, and promoting 21st century skills are not important. Indeed these are essential aspects of student’s education. As are the arts, music, and sports. Yet locked within each student is a world of hopes, fears, confusion, care and idealism. Making room for this inner world can unlock its potential and empower students with courage to take their lives in their own hands, and find the best within themselves and offer it to the world. By doing that we not only create a wholesome learning environment that will inherently reduce behavioral issues, but we will help bring out the best in students and perhaps discover that they are capable of much more than we could possibly imagine.

You can hear moving example of this potential in this podcast with students who participated in a semester-long QUESTion class: https://soundcloud.com/question-project/question-podcast-episode-3-bringing-the-inside-out

In my next blog I will explore different ways we can do this in education.